This was a lovely article on Mamamia last week, 8 rules that I didn’t know about writing for kids, that I thought worth making note of. It’s the second time in a week I’ve found something entertaining there.

It goes to show that in children’s publishing perhaps more than anywhere else it’s futile to think there’s a winning formula, there are so many exceptions to the ‘rules’. END_OF_DOCUMENT_TOKEN_TO_BE_REPLACED 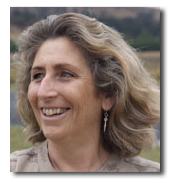 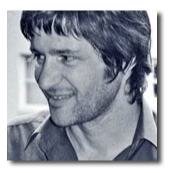 For the various things I did earlier in the day – those are up on the ArtsHub website. In retrospect, I wish I had stuck around and listened to this session for longer. Lenore Taylor offers a very intelligent analysis of the GFC and much of what she said was echoed by Malcolm Fraser who I saw a few days later. I saw Loretta Napoleoni a few days after this session too, and found her fascinating. She is a woman with incredible resources and a very different perspective, and frankly she shows just how poor and unilluminating economic analysis and commentary in Australia is.

As I hurry into the BMW Edge I can hear Ross Gittins up on stage being quizzed by Gideon Haigh before I can see them. Gideon has one of those voices you just instantly know, and he’s playing devil’s advocate. They’re there to talk about economics, along with Loretta Napoleoni (Terror Incorporated and Insurgent Iraq.) and Lenore Taylor (ShitStorm with David Uren and national affairs correspondent for Sydney Morning Herald) in a session entitled What Really Make$ the World Go Round? Obviously the title with that cute little s replacement thinks it knows the answer.

Gittins (Gittins’ Guide to Economics and Gittinomics), whose namesake always strikes me as a perverse example of nominative determinism, is economics editor for the Sydney Morning Herald and an economics columnist for the Age and he’s saying economics should make us happy. The purpose of economics, of all public policy, should be Happiness. Having dabbled in economics myself, this is essentially true, 101 stuff, we’re not on the topic of the talk just yet.

This is still the introductions so I haven’t missed much. Napoleoni is invited to speak next about her book on the global financial outcomes of the War on Terror. In her bouncy-toned Italian accent (she speaks so many languages expertly it’s embarrassing, as someone who can barely speak her native tongue) she comments that economics often thinks happiness is related to wealth, and we are the wealthiest we have ever been, but are we happy? It hasn’t worked out she says, since the fall of the Berlin Wall, On the contrary the response to 9-11 and in the last ten years that has lead to this financial crisis, In 2001 the world economy was going too fast..it was overheating…

She was really interesting, but despite myself I started to tune out. I’m looking around the glass box that is the BMW edge at Fed Square, at the tones of wood, the light grey cast from a cloudy day that is being shot through with gold as the wintery sun descends.

I’m brought back by Loretta explaining that in order to sell the US debt and fund the war on terror without raising taxes, the US government decided to lower interest rates. Thereby this made US Government bonds relatively more desirable than ‘money in the bank’. This is Eco 101 stuff I can follow. US interest rates went from around 6% at the time of 9-11 to 1.2% in 2003.

I’d never thought about it in those terms before, perhaps swallowing the argument made by the Fed at the time that it was to stave off a recession from all that global uncertainty. But really it was not seeing the trend, now I’m listening very carefully.

The incredibly low price of money of course was the root cause of very poor people being able to take out mortgages far greater than what they could afford, and created the subsequent sub-prime market and its securitisation, the risk-spreading, that got us in the fix we are now.

My interest is peaked but isn’t that a bit of a conspiracy theory, could it be true? I delve into my trusty festival programme covered in notes and realise I’ve booked myself in to see her on Sunday night at one of the Big Idea’s Sessions.

Now we move to Lenore, with an excellent play at getting her book ‘Shit Storm’ into the discussion in this opening. The question from Gideon is why did it take so long for Australian politicians to understand how serious the GFC was going to be.

Lenore, breaks into explaining how at the same time as the US sub-prime meltdown was starting we were in the 2007 Election between Howard and Rudd. How far away that seems. The slogans on both sides were about economic growth, not crisis. Who could manage the economy? Who could keep growth going?

It wasn’t until Rudd and Swan went to the US after they were elected they really understood what the potential impact could be and suddenly policy had to take a hand-brake turn, like realising you’re paddling towards a waterfall, the ores start going madly in reverse. The Australian public had been focussed on growth for a very long time, and people just didn’t get it.

In 2004 Treasury had done a great deal of modelling of past recessions and had a lot of ideas about what had to be done. And this most recent near miss will be fed into those same models for the next time we need to apply some lessons learnt.

They knew they had to put out a lot of money and do it fast to deal with this crisis. However, Taylor said they may not have had to spend as much as they did. You can’t just suspend all the checks and balances and all policy caution she said. Someone should have looked at the set-up of the insulation scheme and seen it was going to draw out every shonky operator out there.

It was inevitable there would be some wastage and some error with such an enormous and quickly acted upon change in policy. But the Rud government took the blame for the incompetence dolled out not by them but by state governments, particularly in NSW. Where the Federal government had direct control, such as the funding to the private school sector there were almost no complaints.

It’s all ‘in retrospect’ stuff, but it’s a shame we didn’t understand it all at the time. We were like the airplane passengers seeing the ‘fasten seat belts’ sign go on, with no comprehension of the warning lights flashing and fast thinking in the cockpit.

Gittins agrees and starts talking about how not many people would remember the Red Scheme, and the recession of the 70s. The BMW Edge microphones are playing up again and there’s fiddling. Conservative governments are always accusing the ALP of waste, whenever they get near a recession. Which is fair enough, but then he goes off into a slow bombastic diatribe of the inefficiency of workaholics and how someone who is efficient does not need to work long hours. Lenore’s starting to roll her eyes, as wild generalisations burble about and Gideon’s got the light in his eyes as he considers all the ways to skewer Gittins from here.

There are interesting people in this session but I’m getting the feeling I’m going to be irritated, and there’s another session happening that I think might interest me more – so I bail and head to ACMI.